Where do the 2020 Candidates for Vice President Stand on Life? 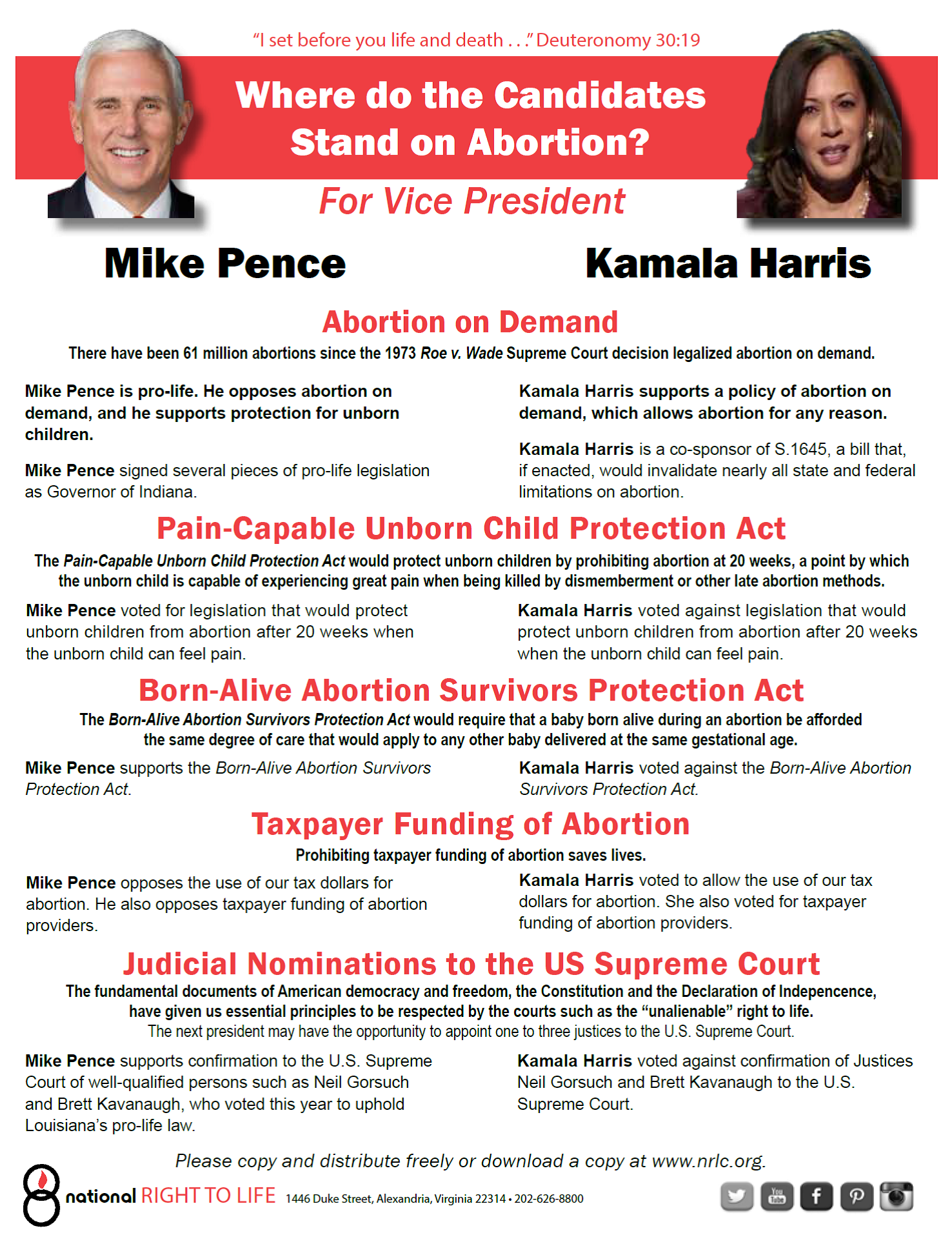 Where do the 2020 Presidential Candidates Stand on Life? 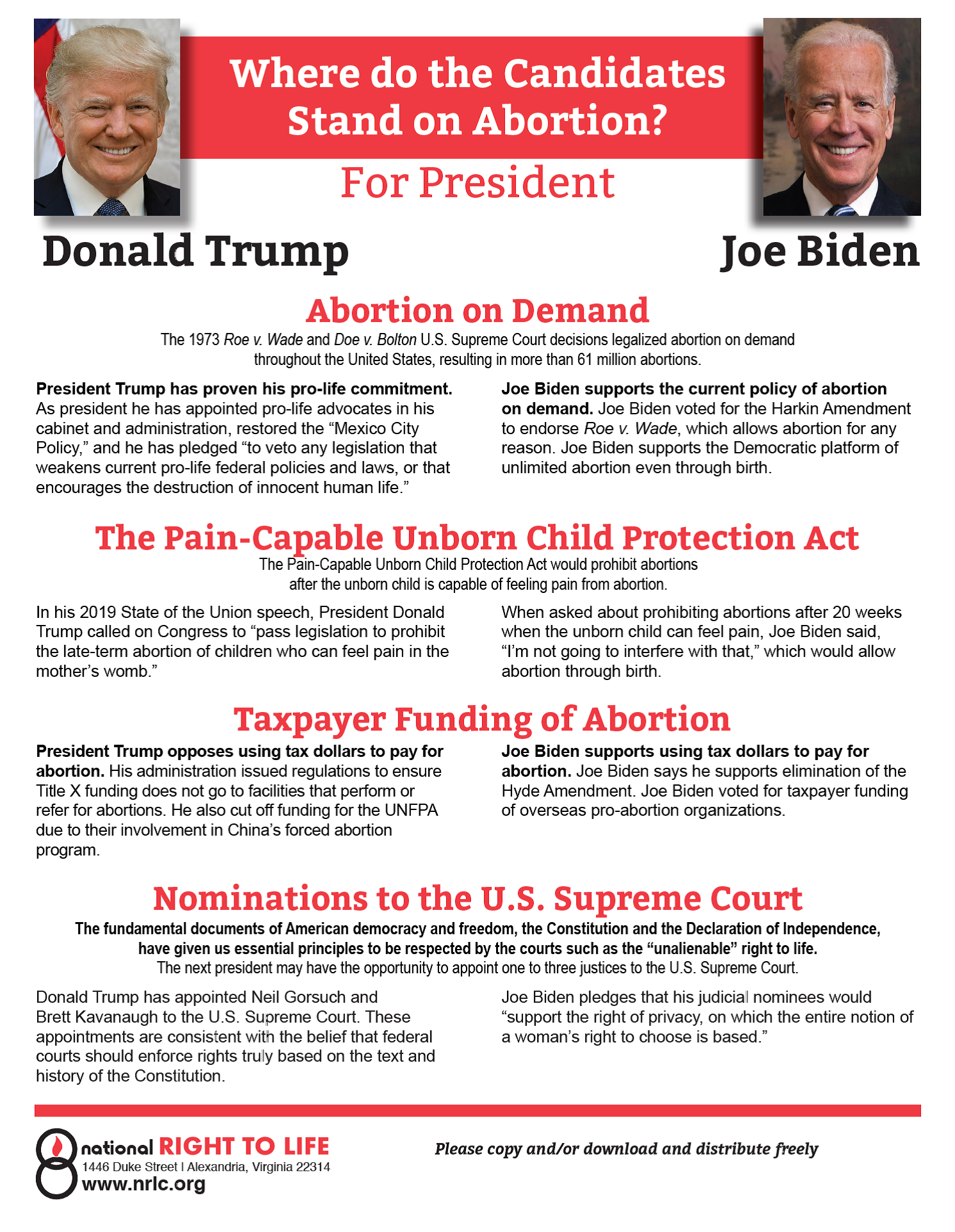 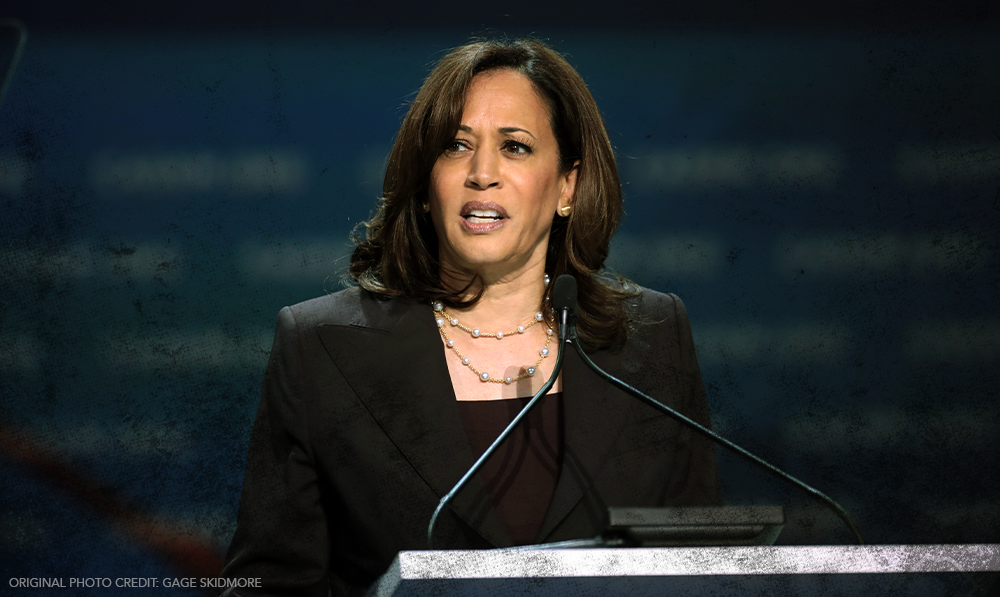 NATIONAL RIGHT TO LIFE ENDORSESBILL HAGERTY FOR ELECTION TO THE U.S. SENATE FROM TENNESSEE

WASHINGTON — National Right to Life, the nation’s largest pro-life group with affiliates in all 50 states and over 3,000 local chapters nationwide, has endorsed Bill Hagerty for election to the United States Senate from Tennessee.

Bill Hagerty supports the Pain-Capable Unborn Child Protection Act. This legislation would protect unborn children at 20 weeks, a point by which the unborn child is capable of experiencing great pain when being killed by dismemberment or other late abortion methods.

Bill Hagerty supports the Born-Alive Abortion Survivors Protection Act. This Act would require that a baby born alive during an abortion be afforded the same degree of care that would apply to any other child delivered at the same gestational age. 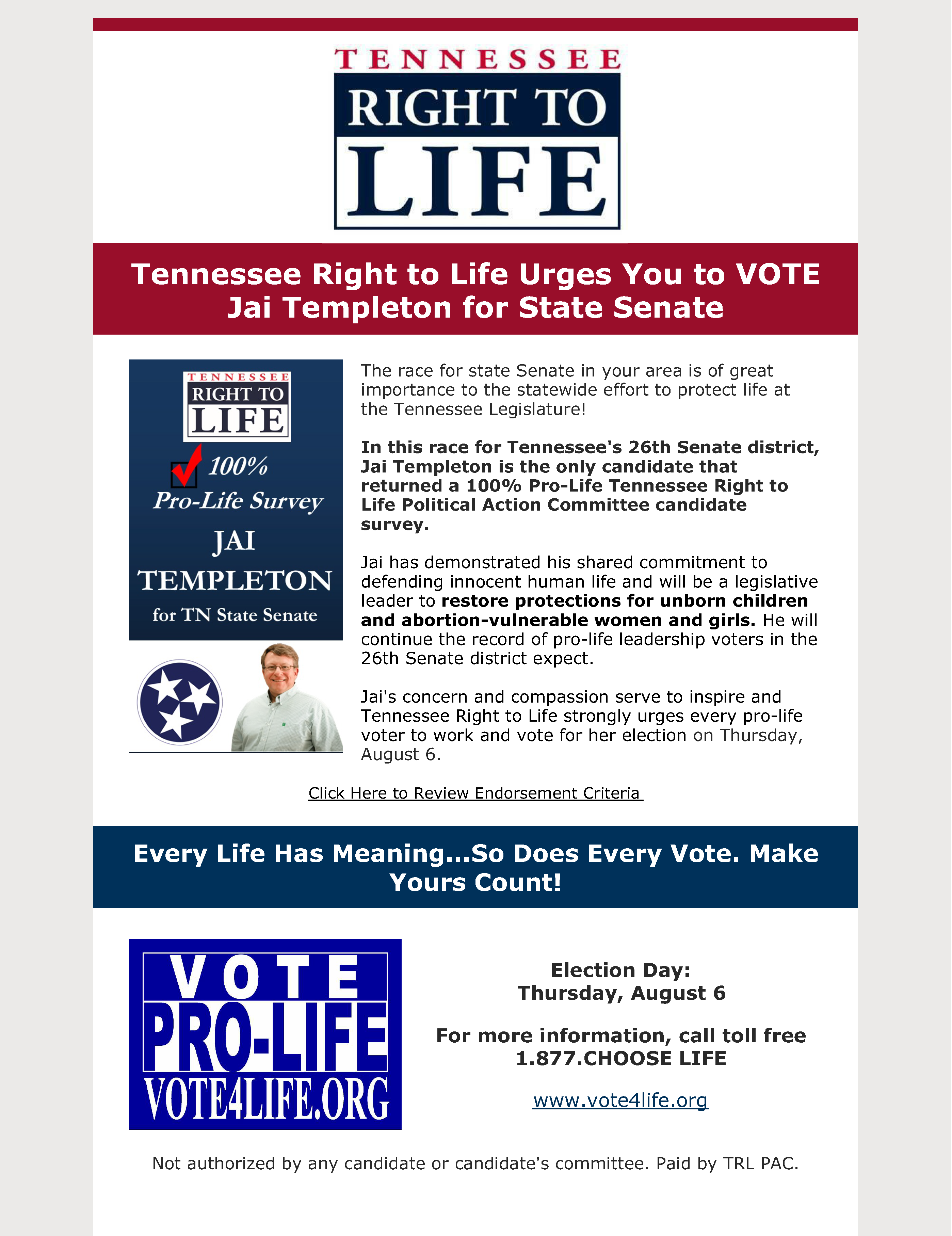 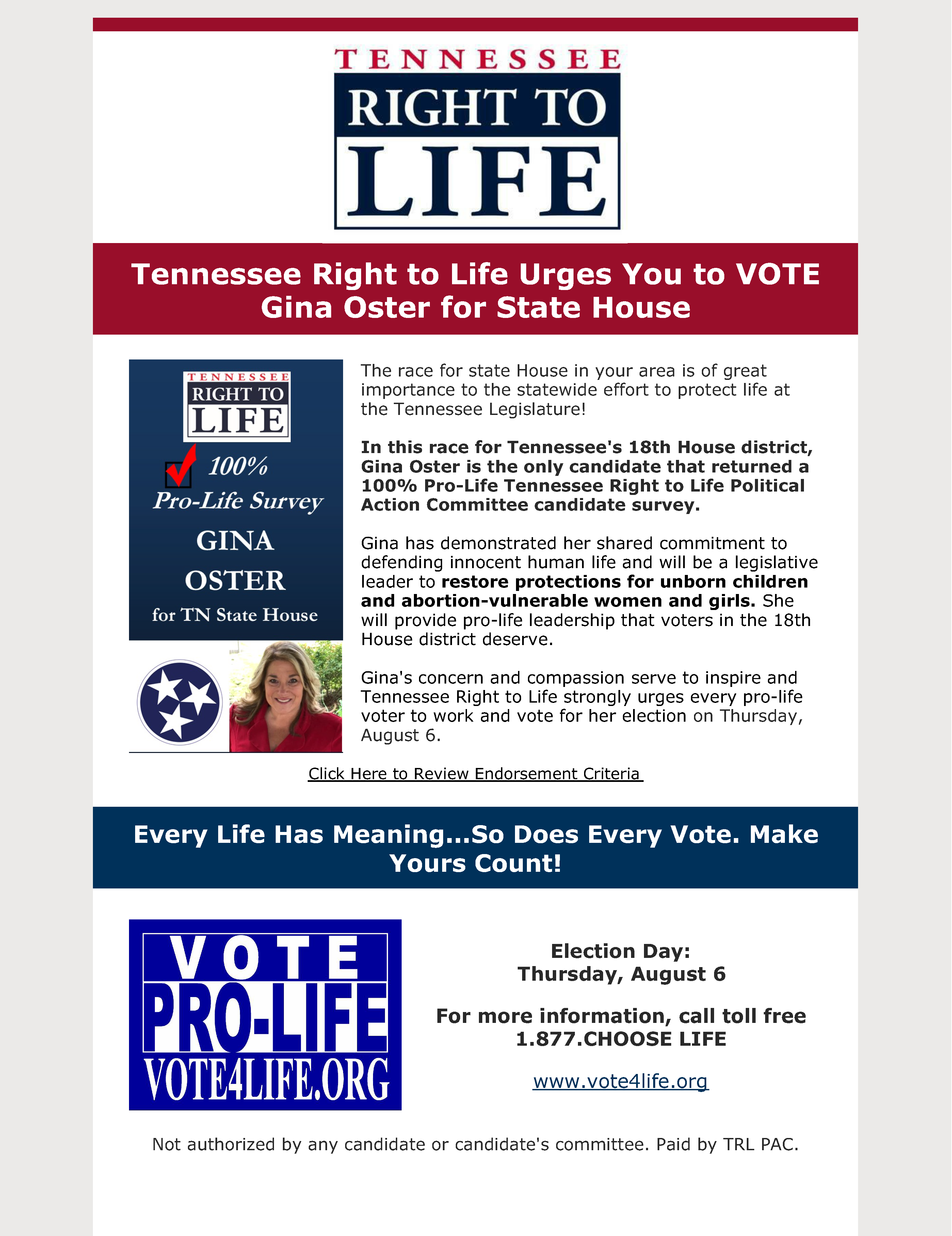 Together, with God's help, Pro-life Tennesseans have made great strides during the past 15 years in the enactment of constitutionally-enforceable laws drafted and lobbied by Tennessee Right to Life. Among them:

Unborn Victims of Violence Act at all stages of gestation

The race for Tennessee U.S. Senator is of great importance to statewide and nationwide efforts to protect life!

In this race for Tennessee's U.S. Senate both Dr. Manny Sethi and Bill Hagerty meet pro-life criteria.  Therefore, no endorsement is made.

Every Life Has Meaning...So Does Every Vote. Make Yours Count!

Not authorized by any candidate or candidate's committee. Paid by TRL PAC. 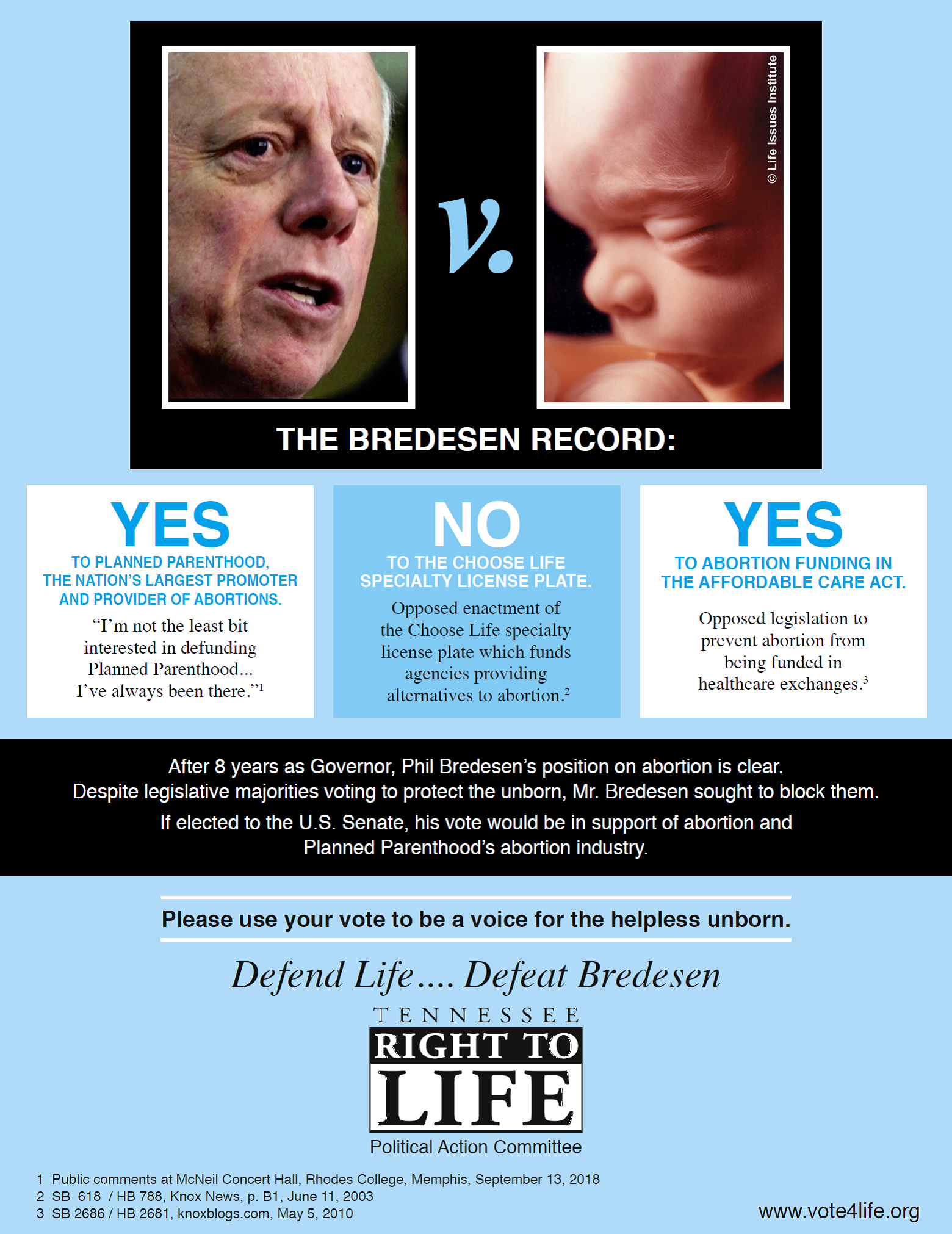 Every Life Has Meaning...So Does Every Vote...Vote Pro-Life on November 6

Celebrate Amendment 1's victory at the U.S. Supreme Court by returning pro-life super-majorities to the Tennessee state House, state Senate, and Tennessee's Congressional delegation. In addition, Tennessee must have a Governor with the demonstrated commitment and capability to stand without fail for life.

Based on objective criteria, Tennessee Right to Life PAC endorsements have been made following careful review of candidate surveys, voting records, public statements and statewide meetings between candidates and 15 members of the TRL PAC Endorsement Committee.